Images and their Texts in Painted Scrolls – Abstracts 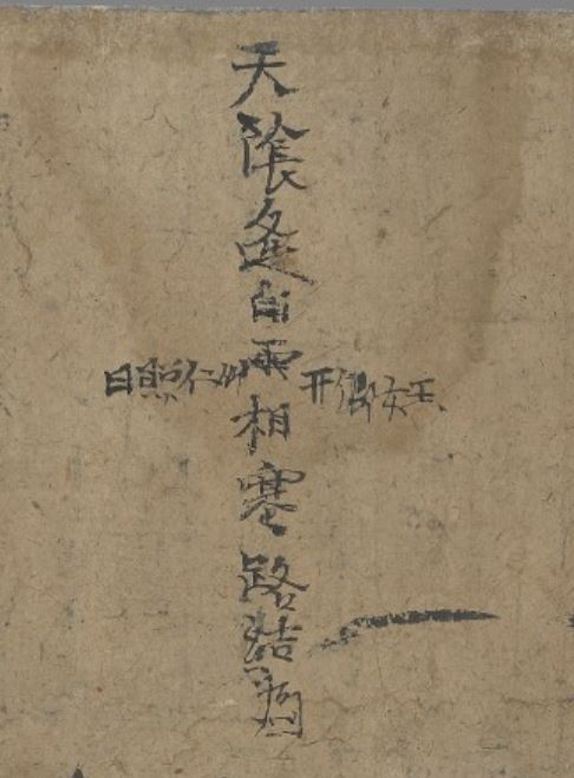 Many years ago Herbert Franke wrote a paper about “Chinese patterned texts”, in which he described a series of poems and other types of texts arranged as circles, ovals or shapes of specific things such as coins, flower petals or even a peach. He primarily operated within the realm of printed culture, focusing on works from the Song-Ming period onward. The same phenomenon, however, is also attested in the period when manuscripts were the primary medium of written books, before printing became widespread. There are number of relevant examples in manuscripts from Dunhuang and other sites along the so-called Silk Road but these have only been referenced as isolated cases, without recognising them as being part of a larger phenomenon of arranging texts in graphic shapes. This paper explores the phenomenon of patterned texts in medieval manuscripts, collecting available examples together and examining them collectively. Although in many cases arranging text in this manner was a ludic exercise, there are also examples when the pattern had a religious function such as helping meditation or concentration.

The Picture Scroll of the Night Procession of One Hundred Demons (BnF): A Non-Human Festival or Catalogue?
Matthias Hayek, EPHE/ CRCAO 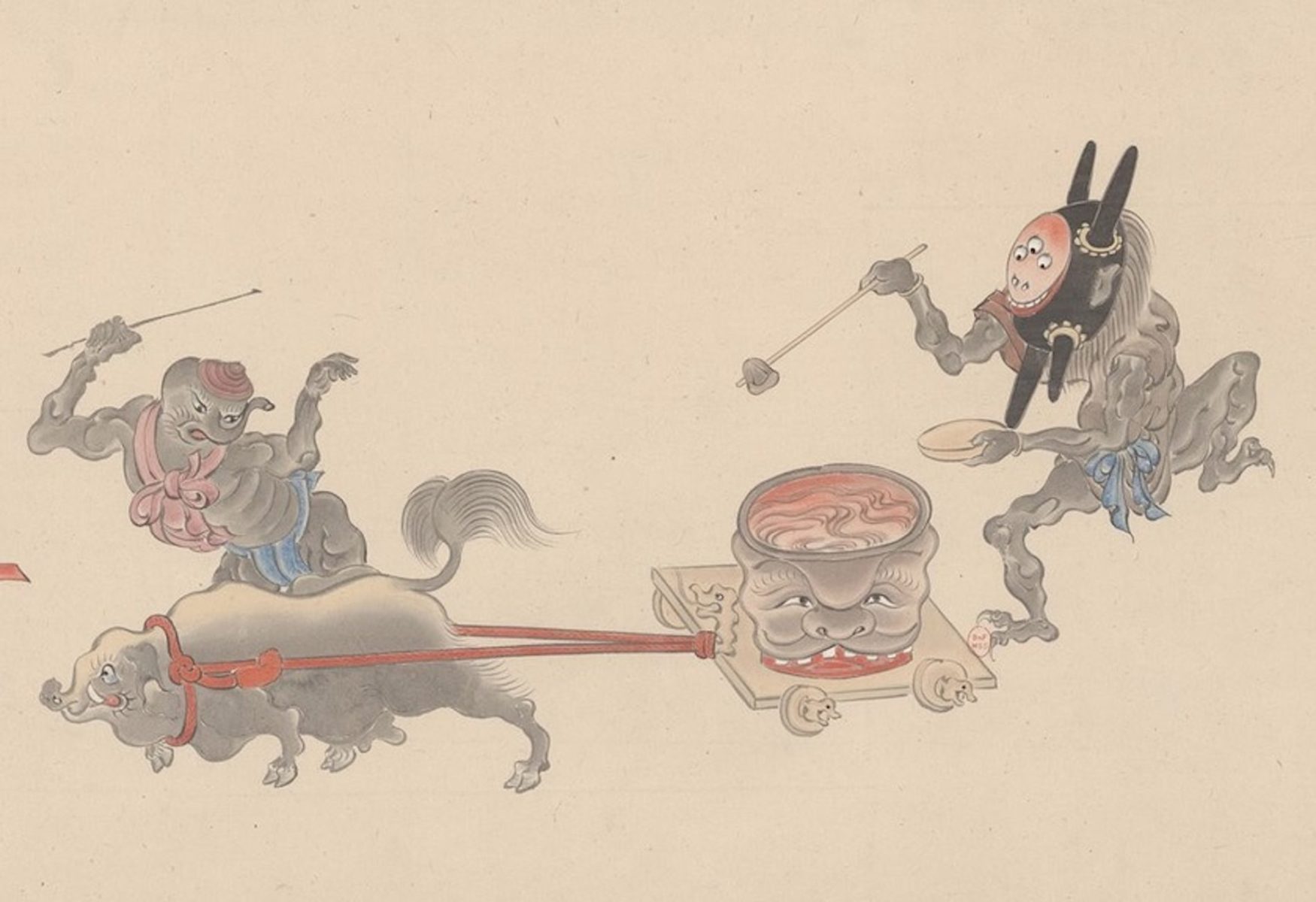 The Japanese manuscript collection of the Bibliothèque nationale de France includes an example of a type of scroll painting (emakimono) as famous as it is enigmatic. Produced in the 19th century, but following a medieval (13th-16th c.)  model, it depicts a procession of fantastic creatures, both disturbing and comical, reminiscent of the belief that one should not go out on certain nights at the risk of encountering the “procession of a hundred demons.” I will try to situate this object, which is devoid of text, in the context of other types of representation of anthropomorphised non-humans.

A Tibetan scroll of illustrated rituals for death and new life
Amy Heller, CRCAO (via zoom) 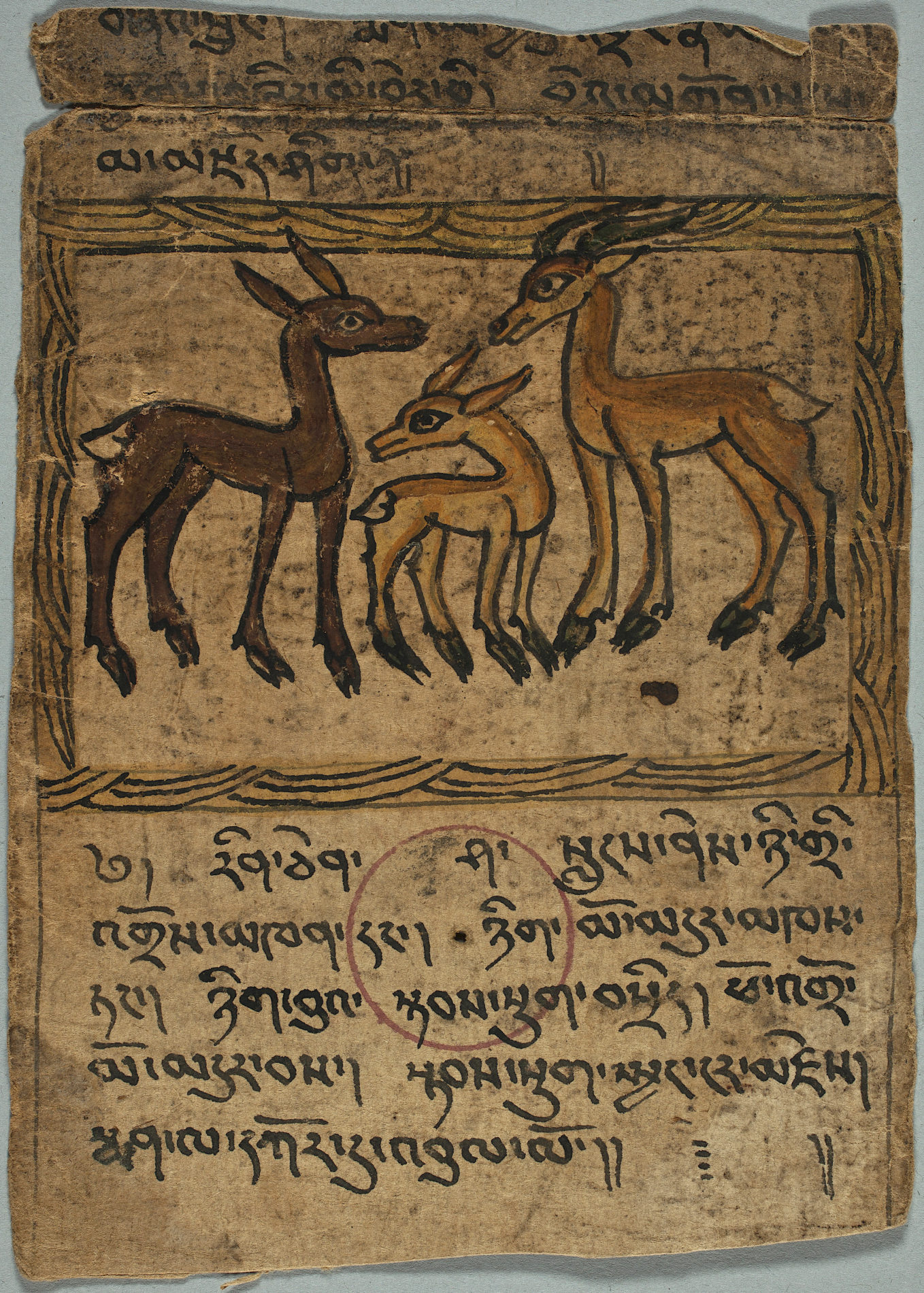 This presentation will focus on a Tibetan ritual scroll illlustrated with species of birds and animals, vegetation, male and female performers of rituals, as well as ritual objects. This scroll is conserved in the collection of M. Mokotoff, New York, and is known as the Mokotoff manuscript. The antiquity of the scroll has been established as late 11th-12th century (radio-carbon analysis 1080- 1160, 68 % probability). The scroll was first analysed in comparison with early Tibetan Bonpo funerary rituals by J. Bellezza (2009, Death and Beyond in Tibet), and subsequently was duly exhibited in the context of Bon rituals and artefacts in Bon Geister aus Butter (Vienna 2013, curated by D. Klimburg-Salter, L. Lodja and C. Ramble). Most recently T. Huber ( 2020, Source of Life ) has analysed this series of rituals as a “post-mortem procedures with the express goal of bringing new life into the world following a death.” Huber’s framework of a concept of rebirth has direct correlation with some of the scenes illustrated, such as the tree of life surrounded by gazelles or deer, as well as birds and the ritual specialists. Conceptually,  the rituals texts and illustrations in this manuscript afford comparison with the texts of early Tibetan rituals such as the Tibetan scroll P.T. 1134  and P.T. 1283 among the Dunhuang manuscripts. 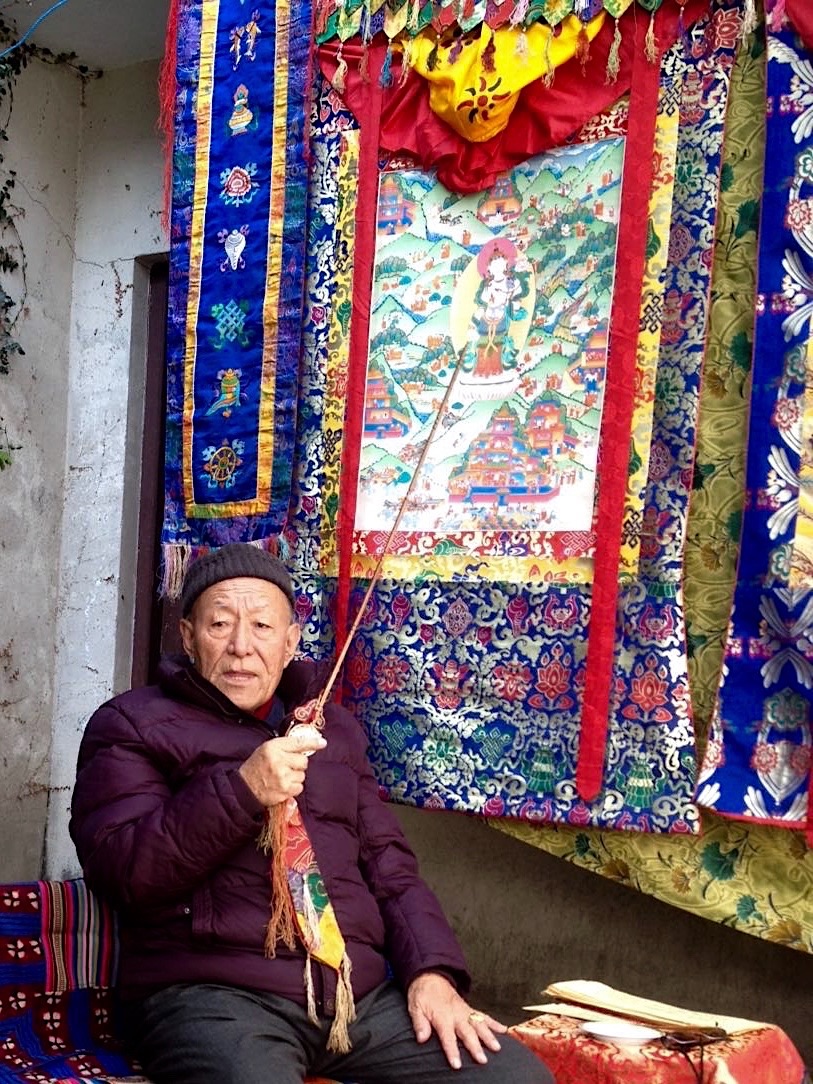 There is a little known genre of Tibetan painted scrolls called narrative thangkas (rnam thar gyi thang kha). While these paintings depict a main deity, the actual action takes place in the background. They paint stories of heroes who undergo ordeals and finally overcome all adversities. These narrative thangkas were objects of use: used by a Tibetan storyteller (lama mani/ bu chen) to illustrate their tales. In this talk, I will show how these scrolls, the accompanying texts, and their performance intersected and how this tradition’s continuity is at risk.

Manuscript “Pelliot chinois 4524” is a painted scroll illustrating the magical competition between the Buddha’s disciple, Śariputra, and six non-Buddhist masters, represented by Raudrākṣa. The story illustrates an episode concerning the foundation of the first Buddhist monastery (Jetavana). The explanatory text is organized into several sections written on the verso of the manuscript. These texts correspond to the scenes painted on the recto. In the present talk we will present this document and set forth hypotheses on the specific use of this manuscript. 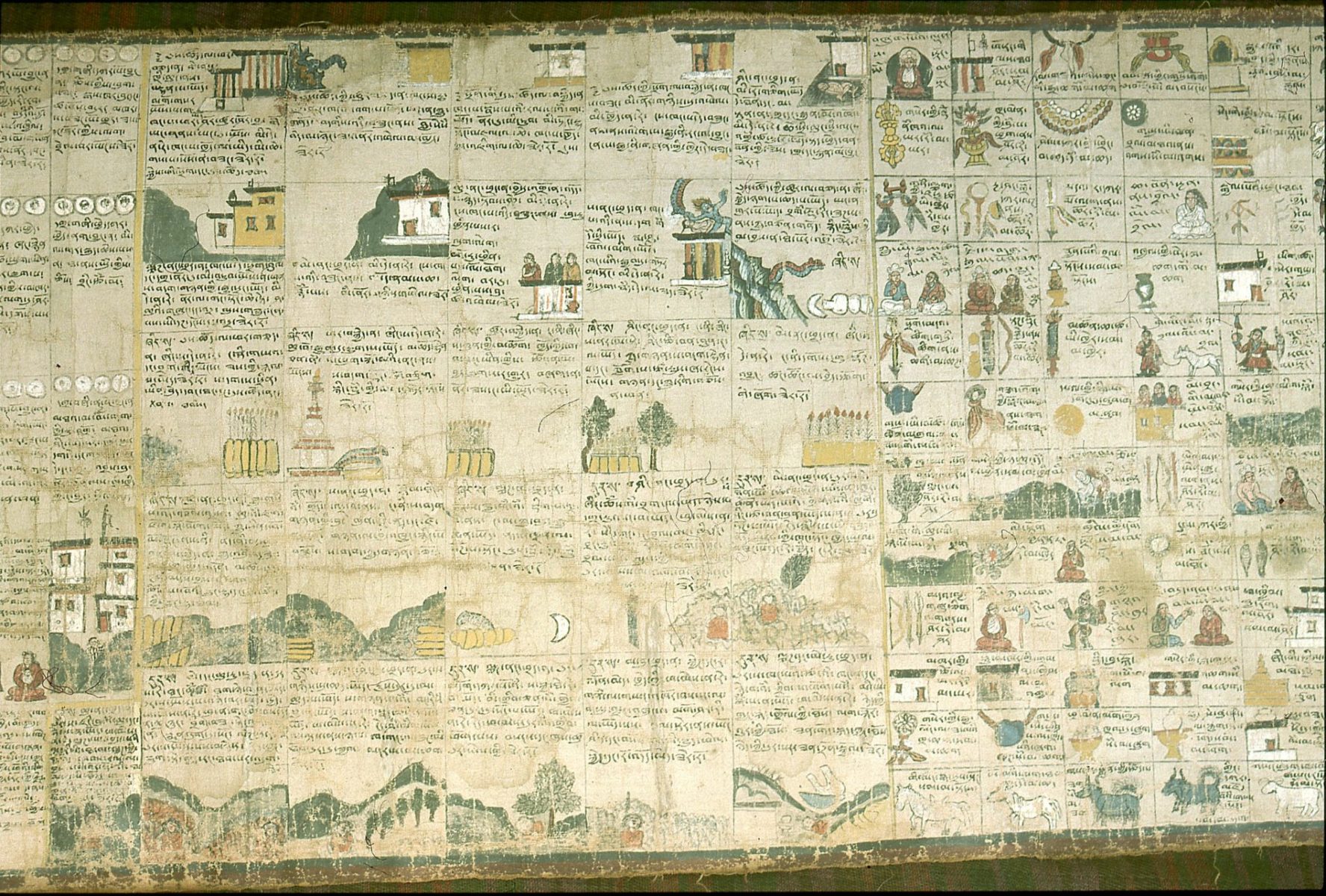 Tibetans employ a very wide range of divinatory procedures in order to see what the future holds in store and to decide on the optimal course of action.  These include the interpretation of the movements of birds, the inspection of the entrails of slaughtered animals, dream analysis and many others besides. The most sophisticated systems are those that are based on Indian astrology and Chinese elemental diviniation, known respectively as skar/dkar rtsis (astral/Indian computation) and nag rtsis (Chinese computation). The latter entails an understanding of the types of relationships that pertain between the components of certain sets of quantities, such as the elements, trigrams and significant numbers with respect to units of time. These relationships are generally represented by combinations of texts and images in tabular form, either in the form of longbooks or, occasionally, in scrolls known as gab tse. This presentation will offer an overview of the function of a series of such illustrated tables in a Tibetan gab tse from a private collection in Mustang, Nepal.

2. A Western Tibetan Manual for the Ritual Arrangement of Stones (tho) 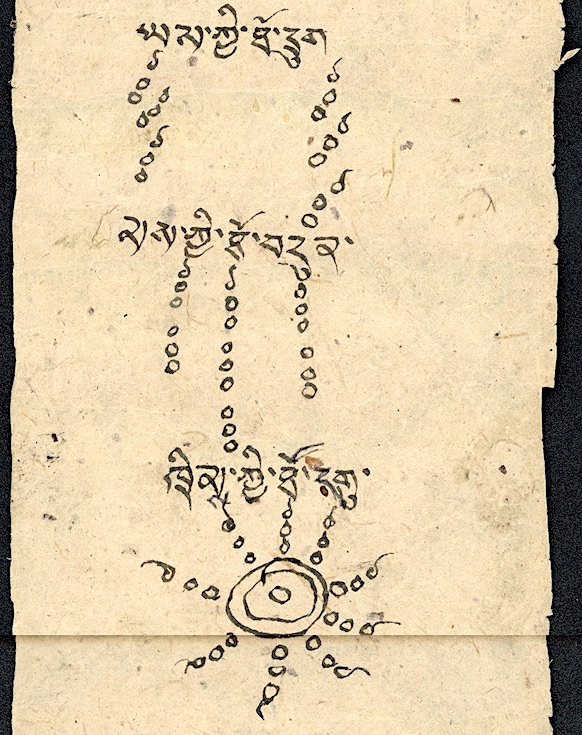 Stone cairns (tho) of different sorts feature in number of Tibetan legal and religious contexts. Small piles of stones – usually no more than three – are used in certain procedures for swearing oaths, and may also be placed on fields to prevent their use by anyone who wishes to contest the ownership of the land.  When daubed with red ochre, they also act as territorial boundary markers, and may be raised at temple doors during ceremonies to signify that certain restrictions of movement and other activity are in force. Larger cairns are often built on mountain passes or other locations as the residence of various classes of worldly divinities. Far less well known than these activities is the practice of organising stones in certain patterns to achieve specific desired results. This class of rituals seems to be increasingly rare, and to the best of our knowledge is documented in only one Tibetan-language publication relating to religious beliefs among the nomads of the Northern Plateau. This presentation will discuss the contents of a scroll from Northwest Tibet that contains illustrations for twenty-seven different such stone arrangements, accompanied by brief explanatory captions. 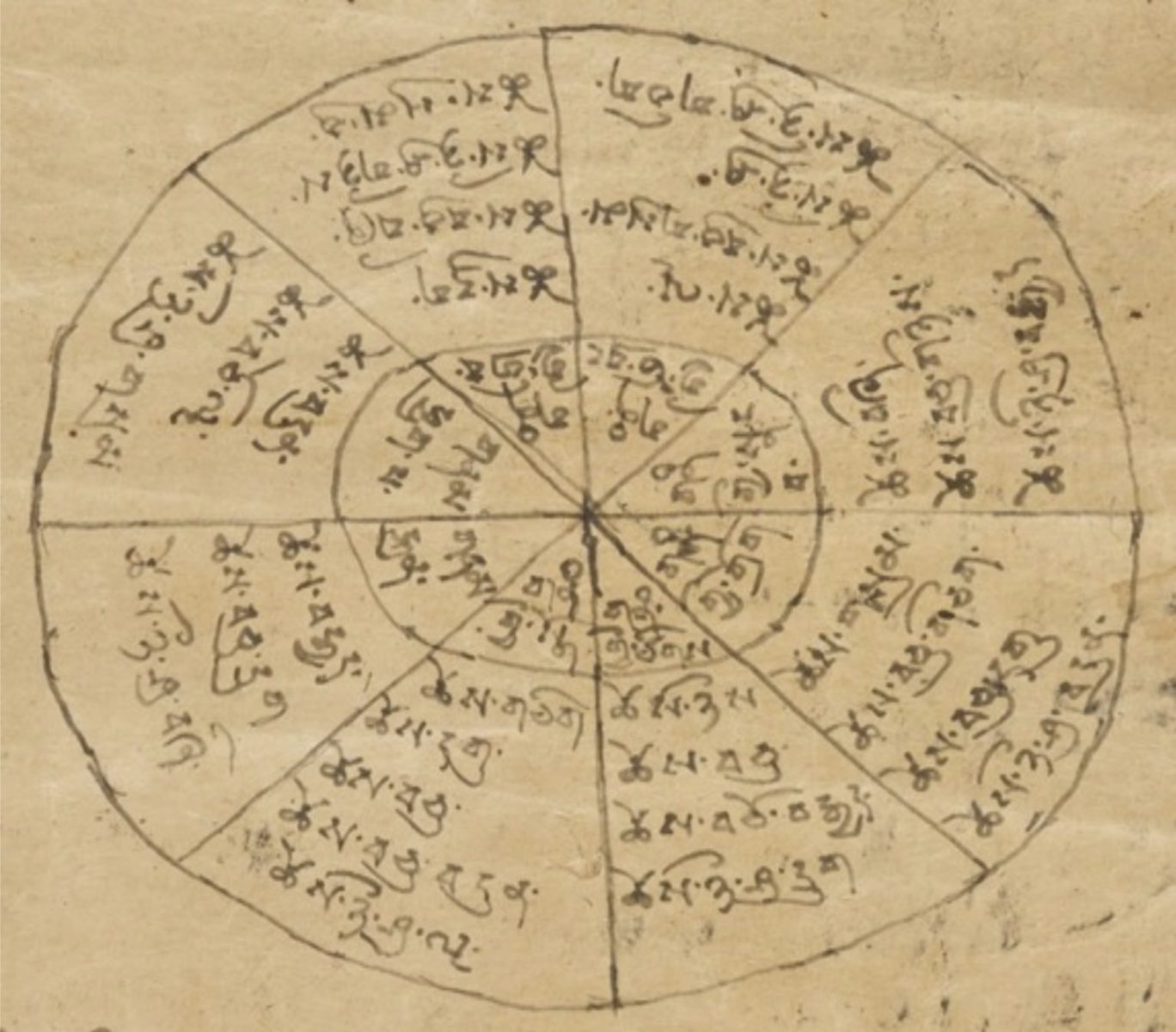 The scroll that forms the subject of this presentation, held at the British Library and classified as Or.8210/S.6878, is the oldest known example of Chinese elemental divination (nag rtsis) in Tibet, and the only Dunhuang manuscript to offer a complete treatment of the tradition. It constitutes evidence that the system was used by Tibetans from as early as the 10th century. The divination practices detailed on the scroll are represented by twelve diagrams, divided into three sections. The first part comprises two diagrams for determining good and bad days for travelling. The second part comprises nine diagrams for determining the outcomes of a match between a man and a woman, based on their birth year. The third part consists of a single diagram, ‘the golden turtle’ which is used by calculating the day of the month and matching it with a body part of the cosmic turtle.

European Society for the Study of Central Asian and Himalayan Civilisations

Menu
This site is registered on wpml.org as a development site.